NOTE:  Nominations for the Bucky O’Neill Award must be postmarked no later than the 30th of September.

PURPOSE:  In 2013, the UAV created the Bucky O’Neill Arizona Veterans Award to recognize and honor the efforts and achievements made by public departments, agencies or organizations and those public servants or elected officials who consistently provide exemplary service to the military veterans and/or their families who reside in the State of Arizona.

BACKGROUND:  William Owen “Bucky” O’Neill (February 2, 1860 – July 1, 1898) was an American soldier, the 14th Adjutant General of Arizona (1889-1891), a judge of Yavapai County, Arizona, a three term Yavapai County sheriff, a newspaper editor, started his own railroad company which would run from Williams, AZ to the Grand Canyon, a miner, gambler and lawyer, and in 1898 was elected as Mayor of Prescott, Arizona, serving briefly before stepping down to join the Teddy Roosevelt’s Rough Riders. His nickname came from his tendency to “buck the tiger” at faro or other card games. He was a Captain in Roosevelt’s Rough Riders, and died in battle shortly after evoking his now famous last words, ‘Sergeant, the Spanish bullet isn’t made that will kill me.’

Bucky O’Neill is buried in Arlington National Cemetery.  On July 3, 1907, a monument by sculptor Solon Borglum (of Mount Rushmore fame) was dedicated to the memory of Bucky and the other Rough Riders in the County Courtyard of Prescott, Arizona.

SUMMARY:  The UAV may present this award to any local, county, or State of Arizona governmental agency, or to a single elected official, current or to a past member of said institutions, excluding members of the State Legislature.  This award may be presented at the annual Patriotic Gala hosted by the Arizona Veterans Hall of Fame Society (AVHOFS).  The UAV recognizes and honors the AVHOFS as a partner in all endeavors that complement and serve our Arizona military veteran communities and veterans’ service organizations.  The Bucky O’Neill Arizona Veterans Award is the most revered of the awards presented by the UAV.

DESCRIPTION:  The Bucky O’Neill Award consists of a significantly sized metallic and copper colored statuette of a horseback rider mounted on a pedestal with an engraved inscription at the base displaying the UAV emblem suitably exhibited.  The award embodies the concept that the award recipient’s exceptional service to our military veterans reflects the finest frontier spirit of our State’s early leaders.

SUBMISSION ADDRESS AND DATE:  Nominations may be submitted at any time and will be considered during the next convening of the Awards Committee.  Submit Nomination Packet to:

CRITERIA:  The following criteria is established as requisites to the nomination package.

APPROVAL AUTHORITY:  The final approval for this award is the UAV Board of Directors.

QUESTIONS:  Questions regarding this operating instruction may be addressed to chair@azuav.org or secretary@azuav.org 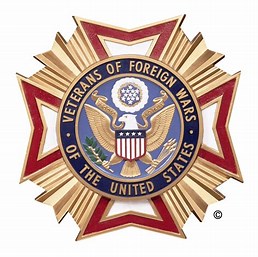